Lama Shenpen has trained for over 50 years in the Mahamudra & Dzogchen traditions of Tibetan Buddhism.

She has spent over 12 years in retreat and has been a student of Khenpo Tsultrim Gyamtso Rinpoche, one of the foremost living masters of the Kagyu tradition of Tibetan Buddhism, since the late 70s.

Lama Shenpen has translated a number of Tibetan texts into English for her students. On Khenpo Rinpoche’s instructions she produced a seminal study of the profound Buddha Nature doctrines of Mahayana Buddhism, published as The Buddha Within, and gained a doctorate in this from Oxford University. She is also the author of There’s More to Dying than Death.

Having spent several years as a translator for Gendun Rinpoche in France, she met her current teacher Khenpo Tsultrim Gyamtso Rinpoche who instructed her to cease being a nun and to engage in academic study.  While pursuing her doctorate at Oxford University she also met and married Rigdzin Shikpo, a senior student of Trungpa Rinpoche. Rigdzin Shikpo subsequently became one of her main teachers.

Lama Shenpen has been encouraged to teach meditation and the Buddhist path by all her teachers, has done so for the last 40 years. and was authorised by Khenpo Tsultrim Gyamtso to give transmission of Mahamudra, the innermost teachings of the Kagyu tradition of Tibetan Buddhism. 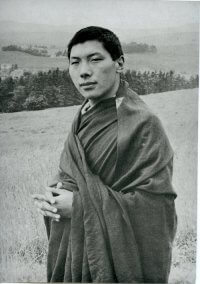 Khenpo Tsultrim Gyamtso Rinpoche is one of the foremost living teachers of the Kagyu tradition of Tibetan Buddhism, a great scholar and master of meditation who traveled the world teaching in Buddhism centres everywhere.

More about Khenpo Rinpoche & his teachings can be found on his website. 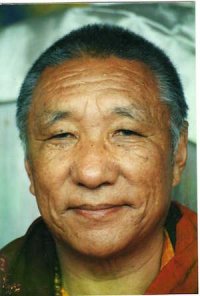 Lama Rigdzin Shikpo met his main teacher Chogyam Trungpa Rinpoche in 1965, and from him received extensive instruction in both the preliminary and main practices of Dzogchen, the innermost teachings of the Nyingma tradition. He practised these teachings in the midst of an ordinary life as a mathematician and physicist. After completing a three year retreat in 1993, he has dedicated himself to passing on these teachings to others.

More about Rigdzin Shikpo & his teachings can be found on the website of the Longchen Foundation. 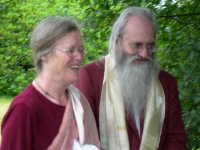